This is the last in a year long series of articles about Fairlington’s history marking its 75th anniversary.

The nation’s history resonates in Fairlington: with the footsteps of native Necostin people; with those of George Washington and John Carlyle in the Colonial Era; with those of the Union soldiers defending Washington at Fort Reynolds; and with those of men and women conducting the World War II effort.

From the first residents of our buildings in 1943 to today’s, Fairlingtonians are a community of people from all over the country, indeed all over the world, many helping to conduct the daily business of national and international affairs in their many realms. This kind of history, durability, and diversity can be an inspiration.

Fairlington’s first creative appearance was in advertising. Originally, of course, no advertising was needed. With the wartime housing shortage in Washington, the Defense Homes Corporation received letters applying for tenancy even before construction had begun. During conversion to condominiums in the mid-1970’s, though, the community was actively marketed to single people who worked downtown and especially on the Hill.

“Fairlington Villages has more congressmen than some states” proclaimed one local ad that invited prospective owners to consider that “… after a hard day on the Hill, [you’re] just 15 minutes from the serenity of our rolling hills. Our quietly winding streets. Giant old shade trees. And large expanses of lawn.”*

A regional ad in Playboy magazine in 1976 had a similar pitch. “I love the city. Eight hours a day,” it announced. Fairlington’s construction quality, brick exterior, and hardwood floors were extolled, along with all that was new: air conditioning, plumbing, heating, kitchens and baths, recreation rooms and dens, patios, decks and balconies. This ad featured an even more hopeful 10 minute commute.**

David Brinkley commented about Fairlington in his 1988 book, Washington Goes to War. Noting that most “… government-financed war housing was shabby, makeshift and explicitly temporary…” he recognized the community as different. “Fairlington at least had sturdy, well-designed housing (most of it still standing today and now expensive townhomes and condominiums).”***

A few years later, Catherine D. Fellows quoted Brinkley in her neighborhood history, Fairlington at Fifty: 1943-1993, and she speculated about what made Fairlington so different. She credited the commitment and exacting standards of the architect, Kenneth Franzheim, for the quality of original construction and the vision of Walter Hodges of CBI Fairmac for the quality of the buildings and grounds renovations during conversion.

But, ultimately, she noted simply that “Sometimes a place derives a special dimension, not only from the land but from the history that claimed and later changed it.”**** 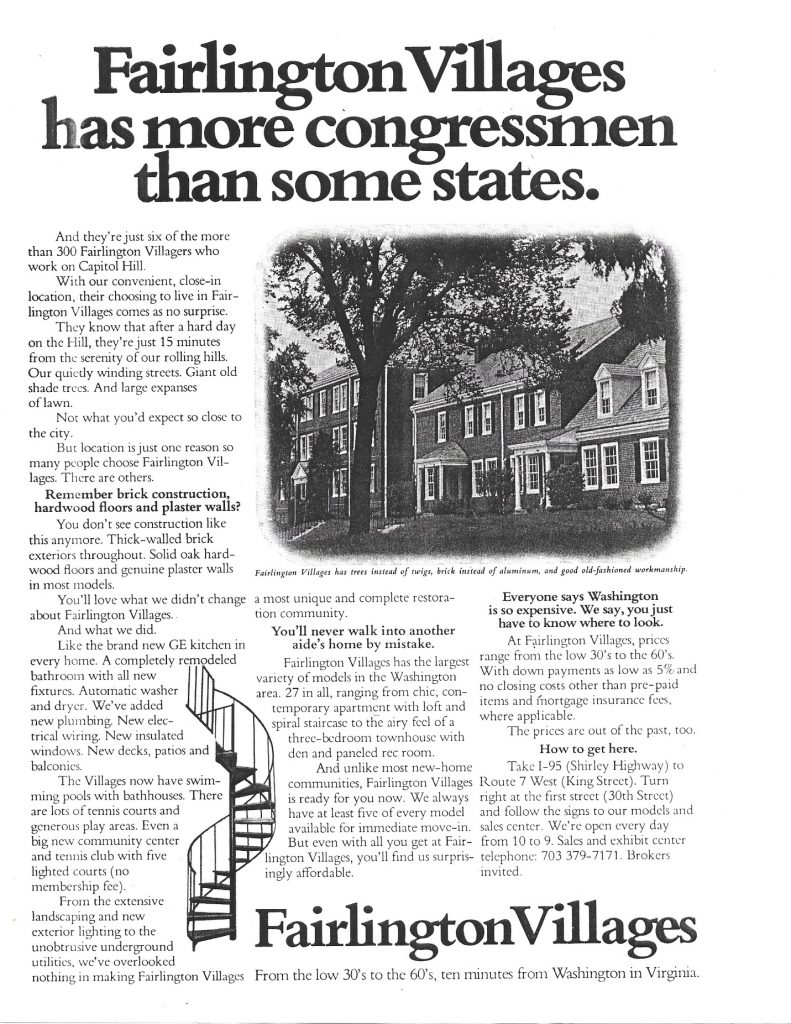 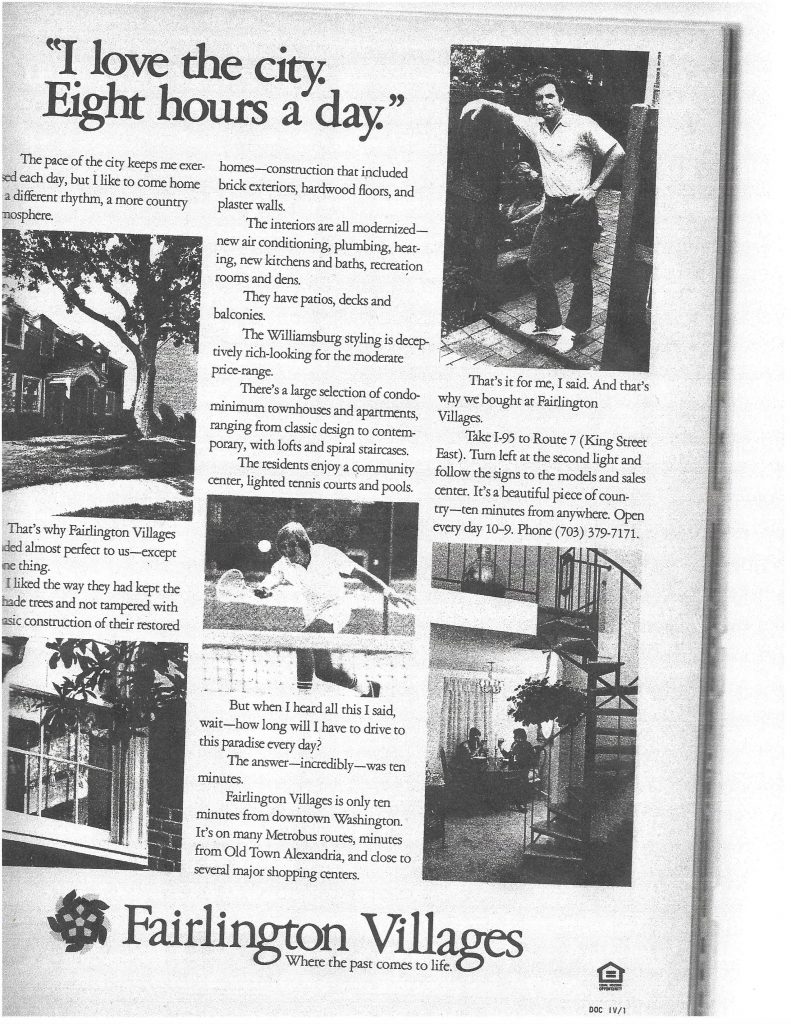