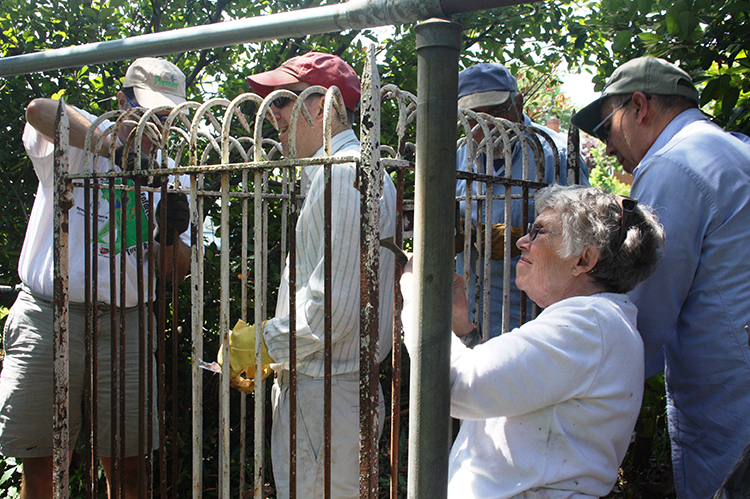 Fairlington is the home of Southwest #4, one of 40 milepost stones that mark the original District of Columbia. Located at King Street, between Wakefield and the entrance ramp to I-395, Boundary Stone Southwest #4 was placed in 1791. In an inspection more than a century later, in 1897, the stone was reported to be in much the same condition as it appears today: “broken off at the ground… The stump, plow-scratched is in place, standing in the field north of the road and about four feet from the fence.”

In 1915, the Daughters of the American Revolution (DAR) placed a protective fence around it and maintained it. In 1970, the stone was nearly lost and buried under Route 7 as it was widened. It was rescued, however, and reset 13 feet north of its original location. (Source: Gayle T. Harris, ‘The Fairlington Boundary Stone Southwest #4,’ 2002.)

The FHS has worked to maintain the Boundary Stone site in cooperation with the Nation’s Capital Boundary Stones Committee (NACABOSTCO). In 2012, a team scraped and repainted the fence, and cleaned the area around the stone. Fairlington Mews subsequently installed a gate in their perimeter fence to provide easy access to the site. 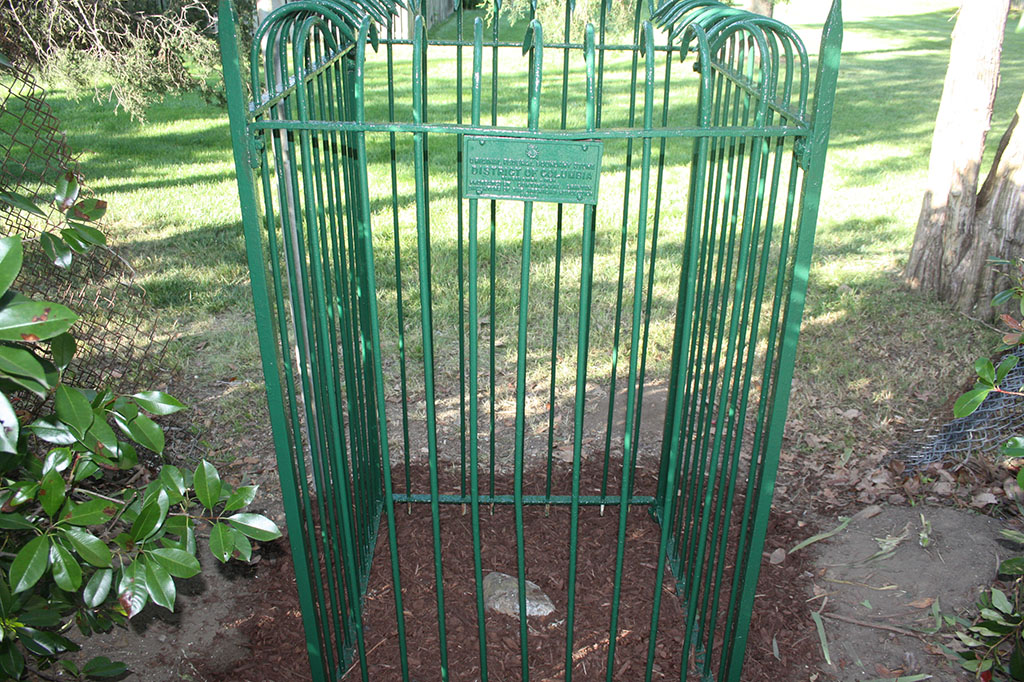 Click here for a road trip map of the Virginia Boundary Stones.